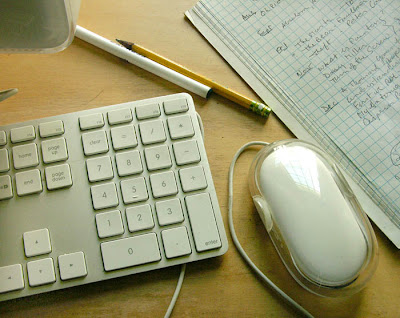 After writing the post "Why Make Art" last week, the complexity of the answer continues to inhabit my brain (with thanks to commenters on the blog). A friend sent a link to a NY Times article with an author's response to that question, and I read a piece in the NY Review of Books that addressed it too. So here I'd like to present thoughts by writers, with the acknowledgment that they are only a very small sample of possible reasons to write.

In his wonderful short book First We Read, Then We Write: Emerson on the Creative Process, Robert D. Richardson mines the writing of Ralph Waldo Emerson for ideas on reading, on nature, on audience. Towards the end of the book, in a chapter titled "Art is the Path" Richardson discusses Emerson's role as a poet; in his essay "The Poet", Emerson argues that it is not metres, but a metre-making argument that makes a poem, ––a thought so passionate and alive that like the spirit of a plant or an animal it has a new architecture of its own and adorns nature with a new thing. He also wrote, in "Representative Men" that Men are born to write. The gardener saves every slip, and seed, and peachstone; his vocation is to be a planter of plants. Not less does the writer attend his affair. Whatever he beholds or experiences comes to him as a model and sits for its picture. Jumping to contemporary writers, I just read an article about David Foster Wallace in the NY Review of Books that has made me very interested in him; I haven't read his work, but his intelligence and intensity make me want to try. He spoke of humans being "narrative animals", but that television has made narrative "engaging without being at all demanding", while what we need is a "serious engaged art, that can teach again that we're smart". In a rather vulgar, yet humane, statement, he says that "fiction’s about what it is to be a fucking human being."The really important kind of freedom involves attention, and awareness, and discipline, and effort, and being able truly to care about other people and to sacrifice for them, over and over, in myriad petty little unsexy ways, every day.... The only thing that's capital-T True is that you get to decide how you're going to try to see it. You get to consciously decide what has meaning and what doesn't.... The trick is keeping the truth up-front in daily consciousness.
This statement is deliberately not graceful, yet for me is stunningly beautiful. Also beautiful, in a very different way, is a statement from the writer David Mitchell, from an article in the NY Times Sunday Magazine on why he writes huge sprawling novels, a reason that seems to me to be close to what Emerson was saying: I can’t bear living in this huge beautiful world,” Mitchell said, gesturing to the rolling green hills and the glittering calm sea, “and not try to imitate it as best I can. That’s the desire and the drive. But it’s maybe closer to hunger or thirst. The only way I can quench it is to try to duplicate it on as huge a scale as I can possibly do. I want to capture that,” he said, turning in a circle on the sand and gesturing beyond the beach and the hills, “all the way around the world and all the way to your home and all the way around and back. I want to do all of that here and transmit it through ink.