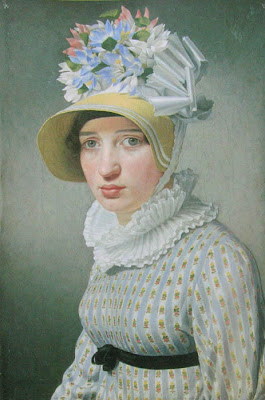 
I can still remember my surprise and delight when I first saw the collection of paintings from the Danish Golden Age at museums in Copenhagen thirty years ago. During this period in the first half of the 19th century there was an outpouring of beautiful, sensitive, and rather modest painting (notice how small these paintings are). I showed landscapes from this period, along with some from Australia, in this post, but now I'd like to present some figure paintings. 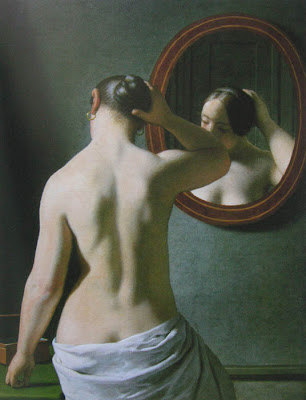 
Eckersberg, seen as the "father of Danish painting", brought a clear realism to his work, tempered by a classical sense of composition, learned as a student of Jacques-Louis David in Paris. The touching portrait of a young woman in her finery has a crispness of form and a quality of light that almost shimmers with life. The more severely classical woman before her mirror becomes a solid, graceful presence, with each shape flowing into another, each part in perfect balance. 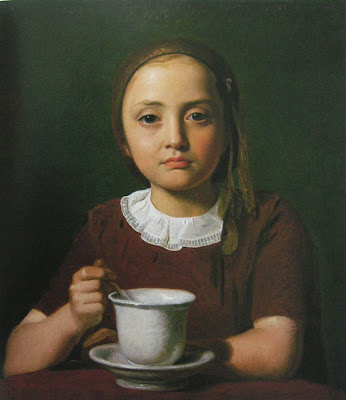 
I don't think I've ever seen another such direct, powerful portrait of a child, so self assured and penetrating. She seems to question our own being, our place in the world. 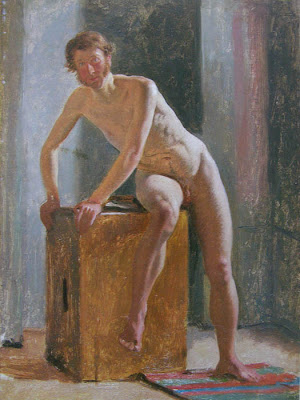 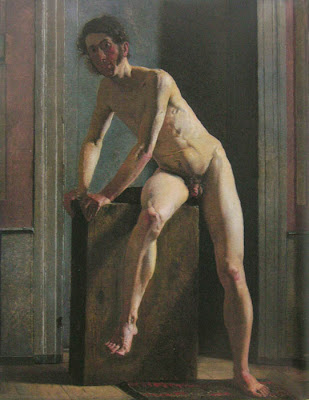 
Isn't it fun to be able to see figure studies by two artists who were sitting side by side in a modeling session, which was under the tutelage of Eckersberg. Although the two paintings are different in the development of the form and the quality of light––Hansen's being less solid but more light-infused––we can see that light was a prime concern for both. 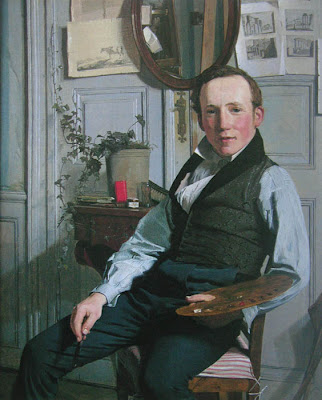 
I love this portrait by Købke, so fresh and alive. Although full of objects and details, its structure is simple and strong. That bit of strong red sitting on the table looks like a bit of an artistic joke, which demands some attention and contrasts with the calm, happy face of the subject, a friend of the artist. 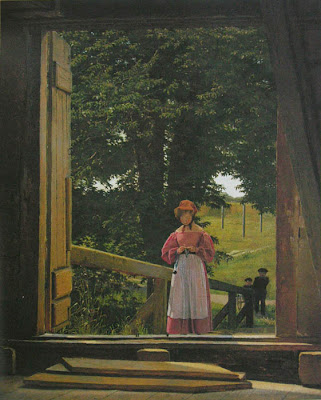 
This is another favorite of mine. Looking outward from a dark interior, we see a sunlit world, lush and green. The soft red dress of the woman sets her apart from her surroundings, and we see that she is absorbed in a task, paying no attention to the children behind her. 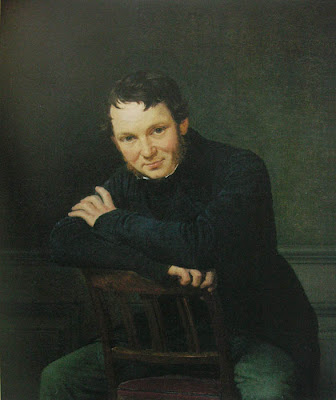 
With this portrait by Marstrand we see yet another painting that is so direct, so bursting with life that it seems that Danish painters had a particular gift in capturing a human presence with the play of feelings across a face, with gesture and with light.