September 7, 2014 marked the last day of the 18th Annual Original Lobster Festival in Long Beach. Hundreds were in line before the gates opened and you could just smell the aroma of lobsters in the air. The crowd didn’t seem to be as lively as my previous visit 3 years ago, but it might have been the heat on the black asphalt that kept the crowds from being as excited as they might otherwise be. Once the gates opened, the excitement came back to the crowd. 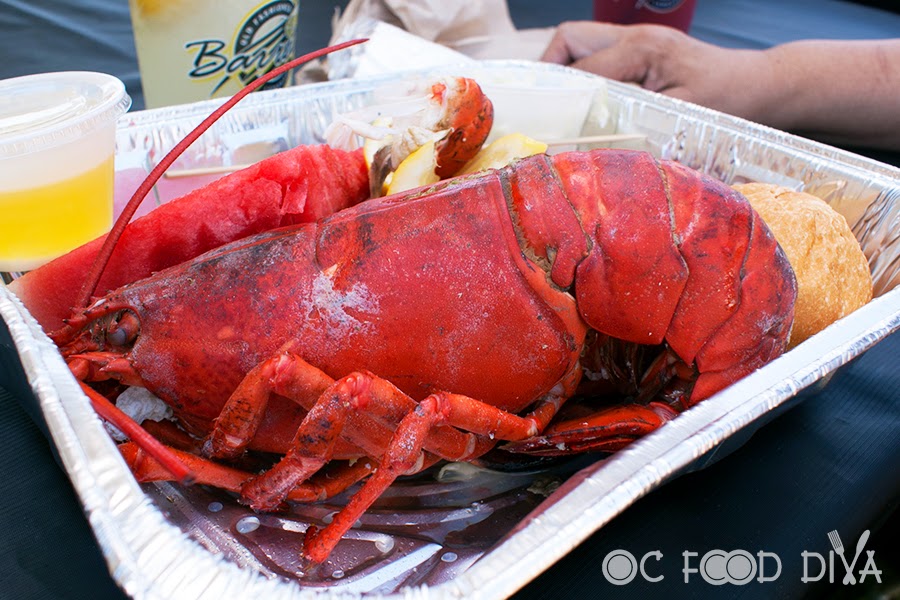 My mom and I shared the 1¼ lbs. Lobster Feast (at $42, it was not what I expected) which included a wedge of watermelon, coleslaw, and a dinner roll. The presentation was not as nice as the one I had 3 years prior. But, the Hawaiian in us, dug in and got as much meat out of it as possible from the “miso” or “tamale” of the lobster and all the way down to the legs, no shell was left unpicked. The coleslaw was overly mayonnaise-y and bland. It would be great to include a roasted/boiled corn on the cob. Maybe an idea for next year?
Barrett’s Lemonade always quenches the thirst with the old fashioned handmade lemonade. We were introduced to them at the Oxnard Salsa Festival and glad they were at the Original Lobster Festival. Their blueberry lemonade is awesome! 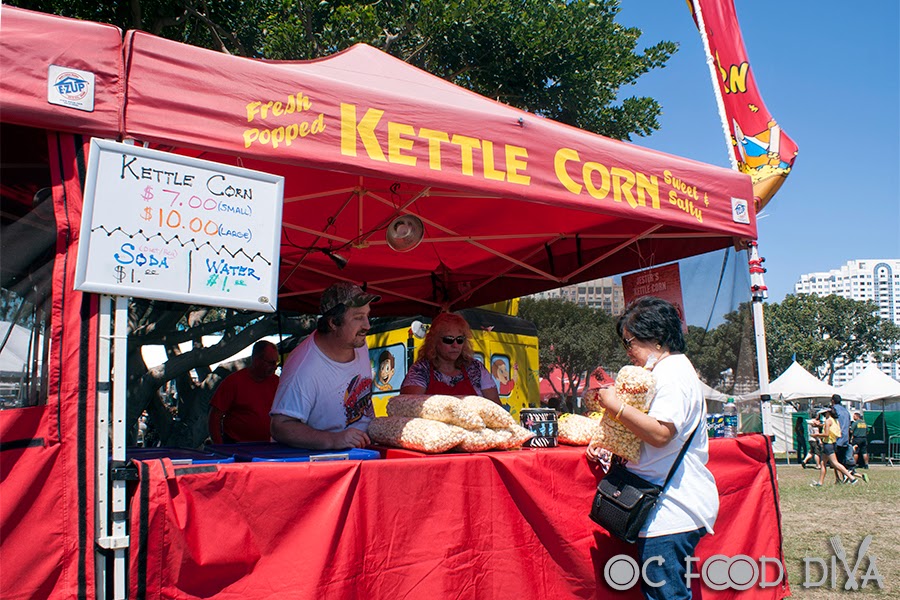 We were still hungry and Jester’s Kettle Corn was calling my mom’s name. Their small bag was a generous size. The popcorn smelled so good and had the perfect balance of sweet and salty flavor. 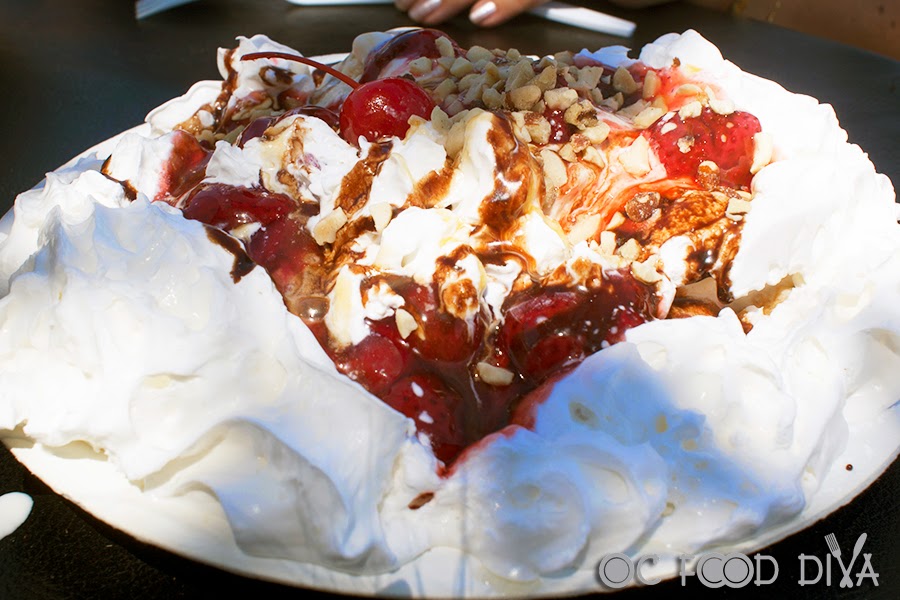 The Sweet Stop makes some of the best funnel cake around. It was so hot that we decided to go with the Banana Split Funnel Cake. It had all of the toppings you would expect on a banana split – bananas, strawberries, vanilla ice cream, caramel sauce, chocolate sauce, whipped cream, chopped peanuts, and a cherry on top. With the heat from the freshly made funnel cake and the sweltering hot weather, we had to eat fast before it melted off of the plate. It was a carnival of flavors but sure hit the spot to cool us down.
I think next year, I will skip the feast and check out what lobster creations the vendors have. Some of them sounded pretty tasty like lobster tacos, lobster lollipops, and more. Until next year!
For more information:The Original Lobster Festival