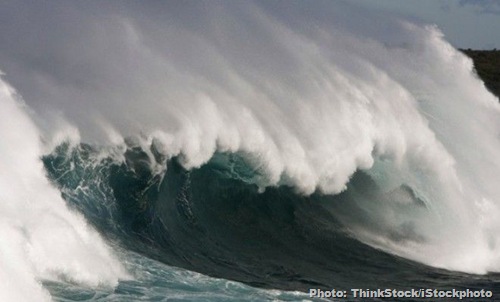 Imagine if the “tsunami bomb” became a reality…and in the hands of the US military…
The U.S. military's top-secret 'tsunami bomb' from World War II
By Chris Gayomali, The Week, 3 January 2013.
This just in: The United States military was reportedly testing a fearsome backup weapon if "Fat Man" and "Little Boy," the respective code names for the two atomic bombs dropped over Japan in World War II, had failed to detonate. Documents recently unearthed by filmmaker Ray Waru reveal that the U.S. military was working with the New Zealand government to develop a devastating tsunami bomb, which was meant to send a 33-foot tidal wave crashing into Japan's coast. 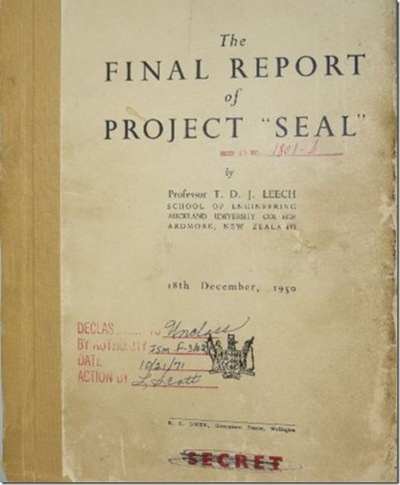 Image source
Code-named "Project Seal," the WMD relied on a series of 10 large offshore blasts and was tested off the coast of New Caledonia and Auckland. "If you put it in a James Bond movie it would be viewed as fantasy," Waru tells the Telegraph. "But it was a real thing." 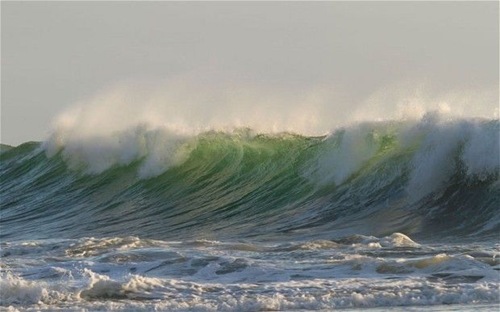 Photo: ALAMY via The Telegraph
"Project Seal" was eventually shelved in 1945, once experts concluded that it would take some 2 million kilograms of explosives spread out over a five-mile stretch along Japan's coastline. But military testing persisted for years afterward. As Gregory Ferenstein at TechCrunch points out, the massive tsunami that slammed into Japan in 2011 was four times larger than the manmade variety, at 132 feet. The top-secret weapon is detailed in Waru's new book, Secrets and Treasures.
More information:1. The Final Report of Project Seal 2. Project Seal - Tsunami bomb NZ's devastating war secret 3. Devastating tsunami bomb viable, say experts
[Source: The Week. Edited. Some images and information links added.]
Top image: A WWII-era conceptual tsunami bomb was nicknamed "Project Seal."
Related Post: 10 Science Experiments That Looked Like the End of the World