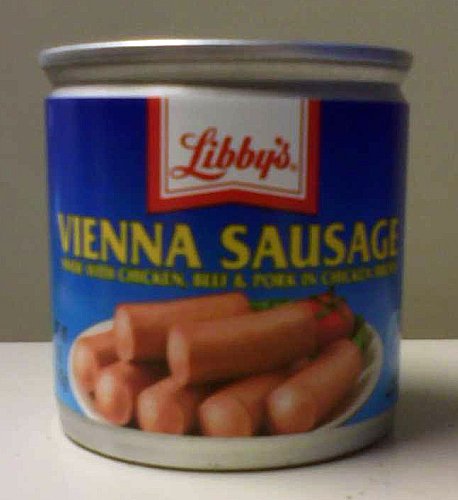 At first glance, there is not a lot of difference between Vienna Sausage brands.  They're all small, casingless cylinders of meat puree canned in broth, and there shouldn't be a great deal of difference between brands.
Notice that I said "shouldn't."  Libby's has a coarser texture than some of the others, and a flavor that seems to be influenced by the metal it's packaged in. One of the local stores had them on sale for 20 cents a can - a helluva deal - so i bought a bunch of them.  Eating some reminded me that if there is one single reason why Armour is "America's Favorite Vienna Sausage," it's Libby's.