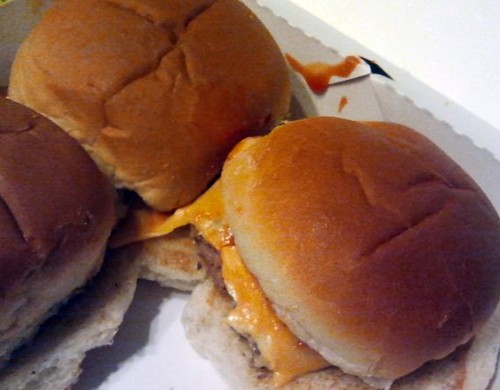 Hey, look! Burger King has little tiny burgers again! These are, essentially, the very same small pull-apart burgers that the chain has been selling on and off since the mid-1980's when they were called "Burger Bundles" and sold in sets of two for 89 cents.  They've also been sold as "Burger Buddies" in the early 1990's, and most recently as "Burger Shots" in the late aughts.
Back when I reviewed "Burger Shots" three years ago, I said I couldn't understand why BK can't seem to make a success of them. They're just miniature versions of their standard flame-broiled cheeseburger. Everything I said about them then is still true today - delicious, would be great for a few kids to share a box, and a pile of them at a party would be pretty cool. I think the biggest problem Burger King has with them is people incessantly compare them to White Castle sliders.  Minis are not sliders. They don't pretend to be. They don't taste anything like sliders; they taste like what they are: little replicas of Burger King cheeseburgers. 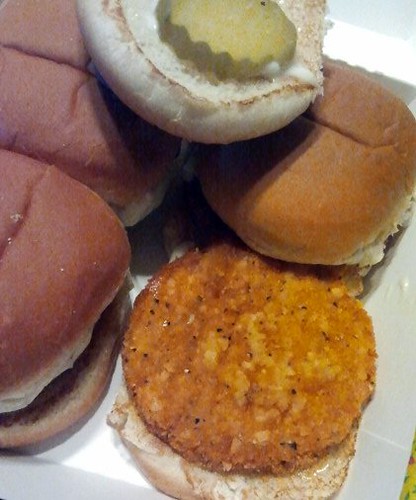 New to the lineup this time we find Chicken Minis, small breaded white-meat chicken patties dropped on the buns with mayo and pickles.  I'm not sure I like these as well as the burgers. The breading outweighs the chicken, for one thing, and even though the seasoning is decent, plopping a big-ass slice of pickle on top just overpowers it. The taste isn't bad once the pickle is gone, but they're just too bready for me.
Are Minis going to be around for awhile? Who knows - given BK's track record with miniaturization, I wouldn't bet on a longer run than about six months or so. If I were the Burger King's Prime Minister or Grand Vizier or BFF or whatever, I would tell him to just ditch the little bastards once and for all. They've never been successful enough to earn a place on the permanent menu, and eventually the marketing department is going to run out of descriptive names for small sandwiches containing 1-ounce meat patties. 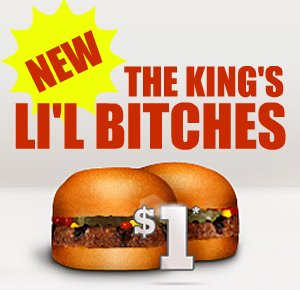